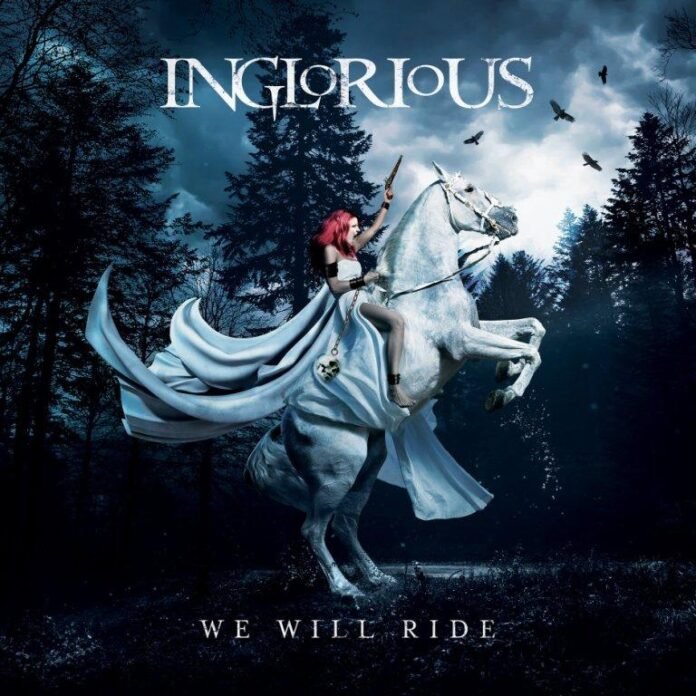 Up-and-coming British hard rockers Inglorious have announced the release of their fourth studio album, “We Will Ride”. This will be their first official recording with new members guitarists Danny Dela Cruz and Dan Stevens and bassist Vinnie Colla, who join original members vocalist Nathan James and drummer Phil Beaver.

The first time the band’s current line-up recorded an album together will be one they certainly won’t forget as they entered the studio in the middle of UK’s COVID-19 lockdown. Staying mindful of the six foot rule as much as reasonably possible, they set about crafting their love letter to rock ‘n roll and hard rock. Recorded in Cardiff with the renowned producer Romesh Gogandoda (Bring Me The Horizon, Bullet For My Valentine, Motörhead), this album sees the band renewed and rejuvenated.

“The writing for this album was honestly the most pleasurable and relaxed experience I have had as a writer,” says vocalist Nathan James. “We had so much fun and made sure not to force the songs that weren’t working. One of my favourite songs, ‘She Won’t Let You Go,’ was actually written by Danny and myself before he was even in the band.”

“I had a lot of time to think about what I wanted to write about on this album due to Covid-19 pushing the recording back twice. I chose to write about things that have inspired me in the last two years. Like everyone right now, I am consuming much more TV than usual, in the form of dark and sinister Netflix documentaries mostly. These have definitely inspired the stories this time around. As far as the sound of the album and the recording process, it was very different than anything this band has done before. Recording with this line up for the first time and also it was our first time ever working with a producer. Romesh Dodangoda has really made this album sound unlike anything we have created before and the new guys have brought influences to our music that I’m super excited to show everyone,” concludes James.

“To me, this album is a snapshot of the combined musical expression we’ve created over the last couple of years, all in one place. It’s amazing to think a lot of these ideas were developed in our homes and on tour. To hear them as finished songs is a fantastic feeling. I’m so proud to be part of this album with these world class musicians, and fantastic friends too. I hope everyone enjoys the album as much as we enjoyed making it. I’m proud to say that my first ever album will be, Inglorious’ “We Will Ride,” says guitarist Danny Dela Cruz.

Adds drummer Phil Beaver, “I feel like the circumstances actually made this recording session really special. We’d all been in lockdown due to the pandemic and hadn’t seen anyone outside of our own homes for months. It was so much fun to not only be playing music again, but socialising as a band and having fun, whilst practicing social distancing as best we could. We laughed like little kids all day, every day!”

Continues Beaver, “It was great working with Romesh! We’ve never worked with a producer before. He really helped whip us into shape. As we’d had no pre-production, we just went straight in. The way in which we tracked this record meant that this wasn’t a problem. We tracked all of the instruments individually, as most bands do these days. Meaning that the pressure of getting that golden take as a whole band was off. We worked through things, and picked apart the songs as we went along. Romesh is a great producer. He didn’t wanna do it all his way, but rather work as part of the team to achieve what I think is the bands best work.” 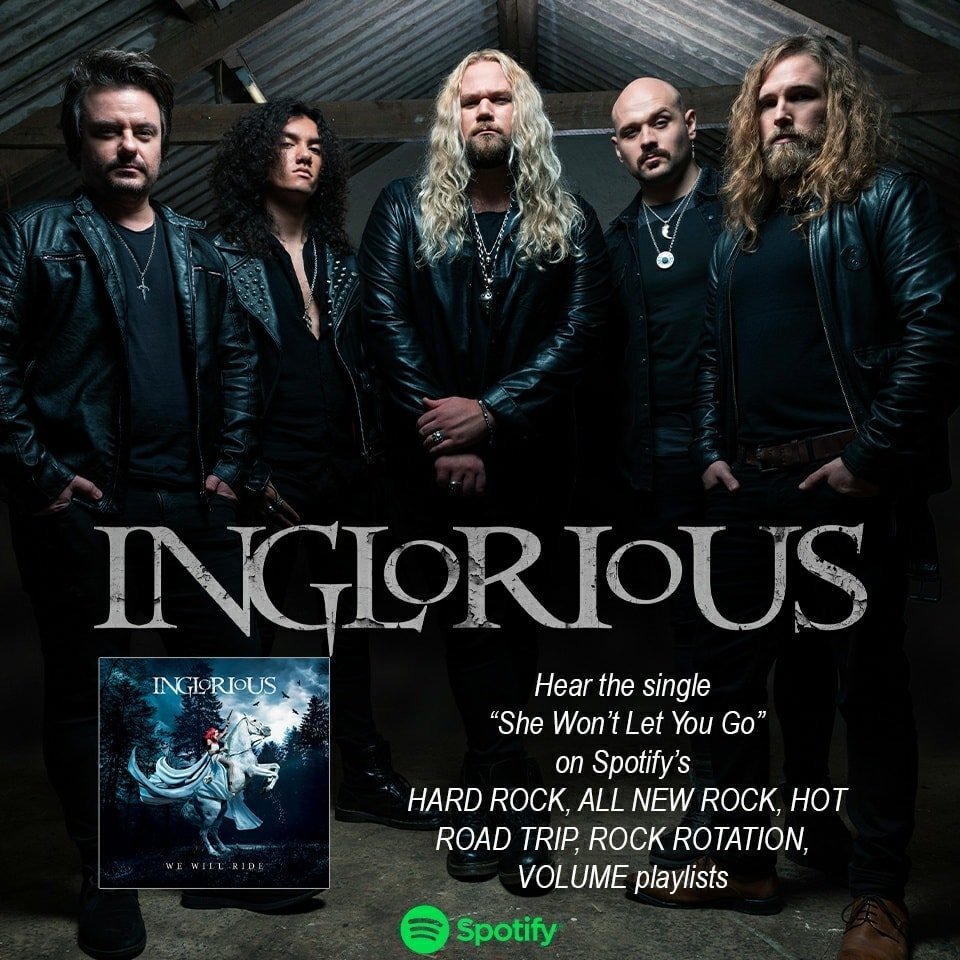 “I’m so proud of how this album has turned out. The writing sessions were so organic and we even have a song on the album that was born from a soundcheck riff on the first tour we did together. The chemistry within the band was there from the start and I think it shows in the music. It was a challenging experience recording an album during a lockdown with no pre -roduction, but the way Romesh works really brought out the best in us. I can’t wait to share this album with everyone, and especially to play these songs live,” adds guitarist Dan Stevens.

“Recording the album during these crazy times we are facing was definitely one of the most challenging and amazing experiences I’ve ever been through. I’m so proud to be able to record such a high standard album with the most talented musicians and producer ever,” says bassist Vinnie Colla.

Fans can hear the results for themselves on February 12, 2021 when Inglorious unleashes their new album, “We Will Ride”!

Inglorious are five young men with a mutual love and respect of the classics of hard rock music: big guitar riffs and soulful vocals. Formed in February 2014, the band is fronted by Nathan James, who made a name for himself having sung for the multi-platinum selling Trans-Siberian Orchestra and legendary Scorpions guitarist Uli Jon Roth. Nathan was looking for like-minded musicians that desired to make incredible rock music in a very honest fashion.

The band’s self-titled debut album received critical and fan acclaim, with Queen’s Brian May saying “You guys really do look like a potent young Deep Purple, but with a new slant – very classic! And the musicianship is stunning. Amazing vocals, by the way!”

The follow up album, “II” was mixed by the legendary Kevin Shirley who has worked with the likes of Iron Maiden, Aerosmith, Led Zeppelin, Joe Bonamassa, and Black Stone Cherry to name a few. Kevin said “This is the best British band since, well I could say The Darkness, but I really mean Led Zeppelin. Amazing singer, amazing band.”

The band has toured extensively in the UK and Europe, including appearances at prominent festivals like Download and Ramblin’ Man.

We Will Ride Track Listing: