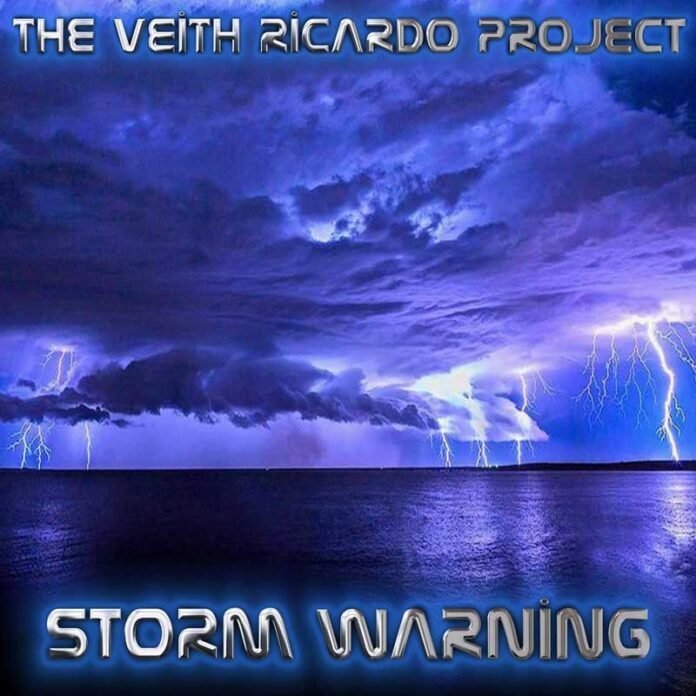 19.01.2021 — The release date of the of the album “Storm Warning” by the US Prog/Rock Metal Project THE VEITH RICARDO PROJECT on CD via PURE STEEL RECORDS is February 26th, 2021. The pre-order phase will start on February 12th, 2021 in our webshop.

Listen to Storm Warning below…

The concept of the formation, which also included guitarist Neil Zaza, bassist Doug Johns, drummer Chris Ceja and Jerry Brightman at Pedal Steel, is based on a Prog Rock and Prog Metal American sound. The compositions are contemporary metallic for the turn of the millennium and are of course based on a rock foundation with keyboard components.

The varied material does not necessarily move in the direction of musicals or rock operas, but rather pleases the prog metaller with a preference for concepts. That THE VEITH RICARDO PROJECT also moves in the spheres of the late SAVATAGE is testimony to the class of this project.

In 2005, the recording was left incomplete as a demo. But in 2020, because of the Covid 19 shutdown, Vincent Veith and Juan Ricardo finally had the time to go back to the studio and finish the album.

Originally recorded by Michael Seifert at Ante-Up Studios, Cleveland. Produced by Vincent Veith and finally completed by Ewell Martin at Martin Studios, Louisville. The mastering was done by Robert Romagna in “Audiostahl” (Austria).